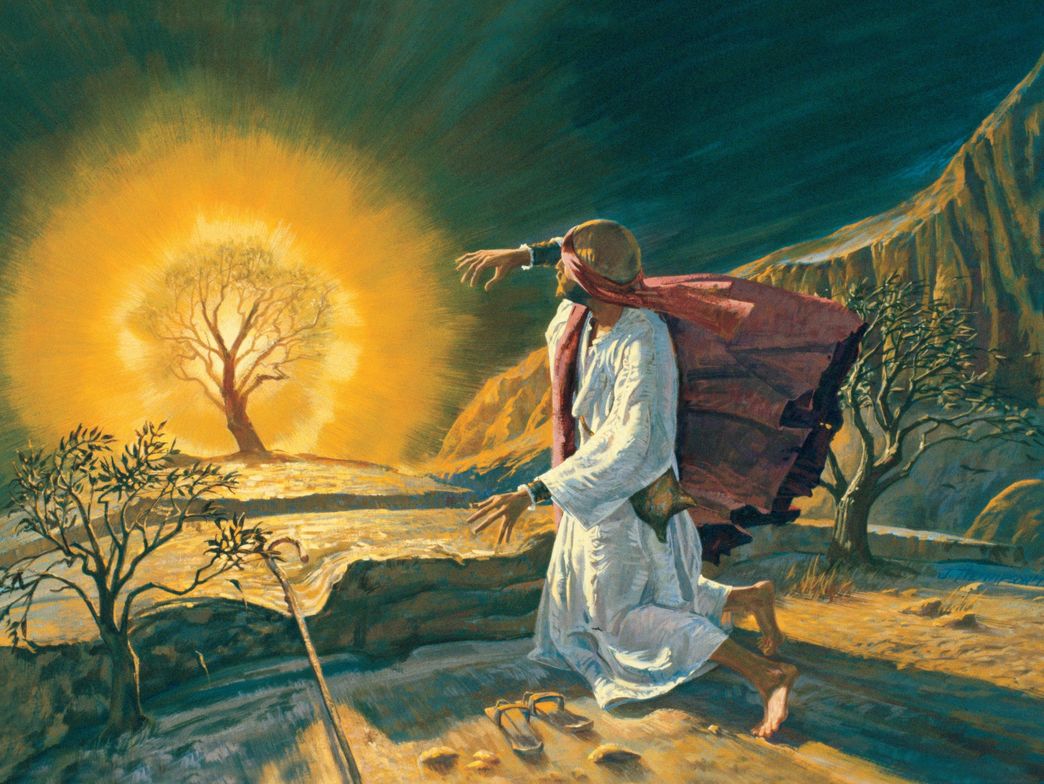 Now Moses was tending the flock of Jethro his father-in-law, the priest of Midian, and he led the flock to the far side of the wilderness and came to Horeb, the mountain of God.  There the angel of the Lord appeared to him in flames of fire from within a bush. Moses saw that though the bush was on fire it did not burn up.  So Moses thought, “I will go over and see this strange sight—why the bush does not burn up.”

When the Lord saw that he had gone over to look, God called to him from within the bush, “Moses! Moses!”

How do you react to difficult situations?  Most people probably react in one of 3 ways.  You have probably heard of them before, they are fight, flight, or freeze.  Take a moment to reflect and think about how you would have reacted if you were Moses, and you saw the burning bush.  Would you try to put it out (fight)?  Would you run away (flight)?  Or would it be hard to decide what to do and just stand there (freeze)?

These “natural reactions” are ways that our soul (our mind, will, and emotions) and body have learned to react to difficult situations to protect us.  When we feel like we are alone, this is how we keep ourselves safe, and in control.  But what if there is a fourth option?  What if God is calling us to something different, something more?

During this season, we as a church family are learning about living in alignment, with our spirit, soul, and body in proper alignment to each other, so we can live as who God created us to be.  When we react “naturally” our soul and body take the lead, and we fight, run away, or freeze.  When we react in alignment, with our spirit taking the lead, we respond “supernaturally” and are able to engage situations differently, allowing God to lead us.

The way that Moses responded to this situation gives us an example of this fourth option.  Rather than rushing to react and either try to put the fire out, run away, or just stay frozen, he responded by recognizing God was sparking his curiosity, so he went over to see what was going on with the bush that was causing it to not burn up.  Moses engaged the situation and allowed God to take the lead.  In that openness, God met him and set Moses on a journey to set His people free.

God wants us to live in proper alignment so that we can step into the plans He has for us.  Then when situations arise, which they will, we will be able to respond and engage the situation and trust that His plan will be for our good!

Today is the start of the Lenten season, a time where people around the world prepare for Easter by recognizing things or habits that have enslaved them, and set them aside for a time to acknowledge the freedom that we have in Christ on Easter.  Take time this week to seek the Lord to ask if there is anything that is an obstacle for you to live in proper alignment.  When the Lord prompts you, ask yourself if it is something that you are willing to give up for a time.  If the answer is yes, then seek to set it aside until Easter, and tell someone else about it so they can walk with you during this season.  If the answer is no (it’s totally ok if the answer is no, God’s grace has no end), then reflect during this season on why it has taken such a hold on you, it’s probably something deeper that the Lord wants to reveal in your life.  As the Lord reveals what is going on underneath the surface, share with someone else so they can walk with you during this season as God addresses it.