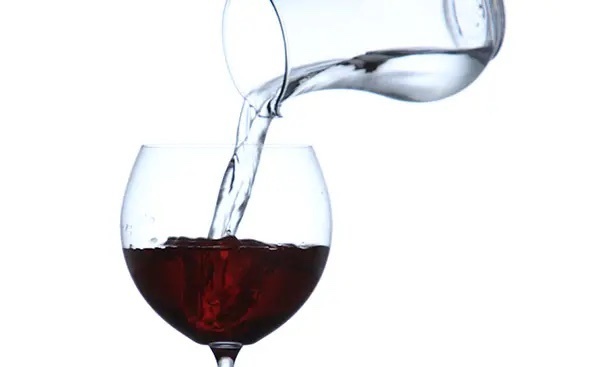 On the third day a wedding took place at Cana in Galilee. Jesus’ mother was there,2 and Jesus and his disciples had also been invited to the wedding. 3 When the wine was gone, Jesus’ mother said to him, “They have no more wine.”

5 His mother said to the servants, “Do whatever he tells you.”

6 Nearby stood six stone water jars, the kind used by the Jews for ceremonial washing,each holding from twenty to thirty gallons.[b]

7 Jesus said to the servants, “Fill the jars with water”; so they filled them to the brim.

8 Then he told them, “Now draw some out and take it to the master of the banquet.”They did so, 9 and the master of the banquet tasted the water that had been turned into wine. He did not realize where it had come from, though the servants who had drawn the water knew. Then he called the bridegroom aside 10 and said, “Everyone brings out the choice wine first and then the cheaper wine after the guests have had too much to drink; but you have saved the best till now.”

11 What Jesus did here in Cana of Galilee was the first of the signs through which he revealed his glory; and his disciples believed in him.

When you think about miracles, what comes to mind?  Someone being healed from an incurable disease, food being multiplied so everyone is fed, or something similar?  If this is how you normally think, then Jesus turning the water into wine would probably fit as the miracle in this story.  It’s true that water becoming wine is pretty miraculous, but I believe the true miracle here is something a little different, and something a little more.

Let's first take a look at the context of the story.  Jesus and his friends were invited to a wedding.  In that time, weddings were bigger events than they are today.  They would involve many in the town, as well as take up multiple days.  In this story, the hosts of the wedding were about to run out of wine.  They would forever be known as the family that wanted to throw a wedding party, but could not afford the celebration that it deserved.  This would have brought shame on their entire family.

But Jesus’s mother did not want this family to have to carry the weight of that shame, so she implored Jesus to do something about it.  We then see that through the turning of water into wine, this family goes from a shameful situation, to a situation where they would be honored as the family that saved the best wine for last.  (Side note, that was a lot of wine.  120-180 gallons is equivalent to 640-960 bottles!)  So maybe the real miracle was that the situation was flipped, from shame to honor!

In reading this story again, does it actually say that Jesus turned the water into wine?  When I read it, a few things stand out.  They were going to run out of wine, Jesus’s mother tells Jesus to do something. He says it's not His time. She tells the servants to do whatever He tells them. He says fill the jars and take some to the master.  Somewhere during this timeline, the water becomes wine.

The narrator of the story implies at the end that Jesus did it, so we know that Jesus was responsible for the miracle, but how Jesus does it is much different than other miracles. Jesus did not say “Water become wine!” in a loud dramatic voice.  In this story, the miracle is produced because the servants heard Jesus’s voice, and did what He told them.  They were in alignment with what Jesus wanted them to do, and because of that, the miracle happened.

Spend some time this week reflecting on ways that you have been out of alignment.  Seek to remove the obstacles that have kept you out of alignment, so that you can realign and participate in the miracles God is wanting to produce in and through you!

May 22
What To Do With Offense